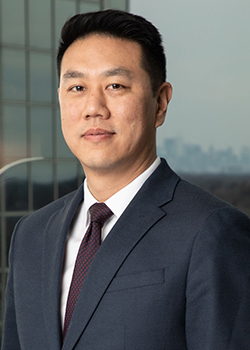 A proven trial lawyer who knows how to get results

Peter is a Partner with Smitiuch Injury Law and has exclusively worked as an injury and wrongful death lawyer his entire career. He has extensive knowledge and experience in acting as a fearless advocate to obtain compensation and accident benefits for injured individuals and families.

Peter has acted as counsel on a number of trials and arbitration hearings at the Ontario Superior Court of Justice, Financial Services Commission of Ontario, Licence Appeal Tribunal and Ontario Court of Appeal.

Most notably, Peter was co-counsel in Stilwell v. Corning Inc., the first successful trial verdict against Corning in North America involving Visions cookware. The trial verdict was upheld by the Ontario Court of Appeal.

In December 2014, as co-counsel with Mike and Megan, Peter helped to obtain a jury verdict against Glen Eagle Golf Club for over $1.8 million in damages and interest. 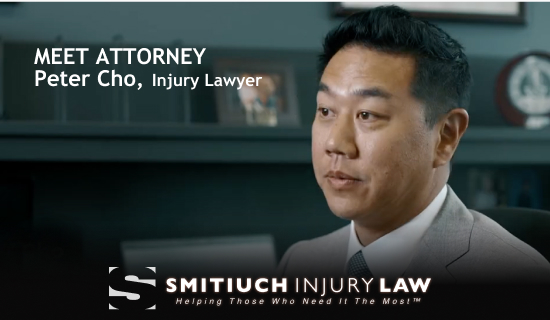 In March 2015, Peter was lead counsel with co-counsel, Luke, in a judge alone trial arising from serious personal injuries sustained by a minor Plaintiff while boarding an amusement park ride with his father at Centreville Amusement Park (Bhatt v William Beasley Enterprises Limited). At trial, Peter successfully obtained a Judgment in favour of the minor Plaintiff and his parents against William Beasley Enterprises Limited.

Peter was acknowledged by the Ontario Trial Lawyers Association for his work as a trial lawyer and was presented with the 2016 Martin Wunder, Q.C. Outstanding New Lawyer Award.

In March 2017, Peter was lead counsel with co-counsel, Luke Hamer, in a jury trial in Brantford involving a Plaintiff suffering with chronic pain and PTSD, and recovered a jury verdict of over $2.4 million in damages and interest.

In September 2017, Peter was co-counsel in a jury trial in Hamilton with a Plaintiff suffering from chronic pain and obtained a jury verdict with pain and suffering damages near the non-pecuniary damages upper limit.

In May 2019, Peter was lead counsel with co-counsel, Matthew Nieuwland, in a successful jury trial in Barrie involving a Plaintiff with chronic pain.  The Plaintiff was awarded a substantial costs award after being successful against an insurer who took a “hard-ball approach” in the litigation.

In September 2019, Peter and Chris Jackson were successful at the Licence Appeal Tribunal in disputing the insurer’s denial of entitlement to accident benefits based on a statutory exclusion.  As a result, our client, who was rendered a paraplegic after a serious dirt bike accident, was found to be deemed to be in an “accident” and entitled to receive accident benefits.

Peter has presented at various conferences for the Law Society of Ontario, Ontario Bar Association and the Ontario Trial Lawyers Association.

Peter continues to pursue his goal of becoming a leading advocate in the field of personal injury law with an emphasis in the areas of occupiers’ liability, product liability, police brutality, wrongful death, motor vehicle accident claims and statutory accident benefits.