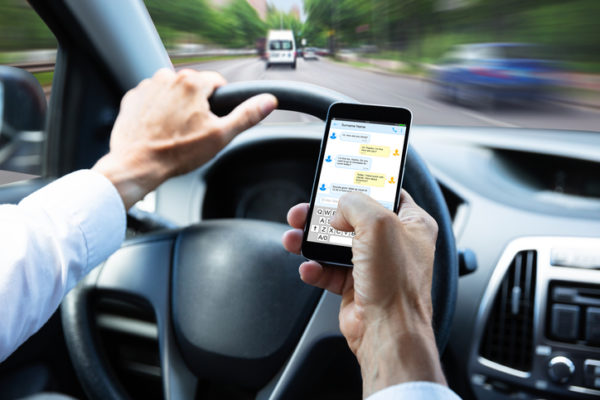 Nearly every Canadian driver admitted to driving while distracted at least once in the past year, according to a recent traffic safety study focusing on car accidents caused by distracted drivers.

Distracted driving is a problem in Canada.

The recent Canadian-wide traffic safety study was conducted anonymously at four bone fracture clinics. A total of 1,378 people participated in the study. Of those interviewed, 99.7 percent admitted to driving while distracted at least once last year. In addition, two-thirds of people who participated in the survey confessed they had used their cell phones while driving.

Several other traffic studies have confirmed such findings. For example, in a recent traffic safety study conducted by G1.ca in Ontario, car accident fatalities involving distracted drivers have doubled in the province since 2000. As a result, every 30 minutes, someone in Ontario is injured in a distracted driving accident, according to Ontario.ca.

In another study, 47 percent of drivers in Canada admitted to texting while driving, according to the Canadian Automobile Association (CAA). And when they do, texting drivers often take their eyes off the road for around 5 seconds. At 90 kph, that’s the equivalent of driving the length of an American football field with your eyes closed.

What is distracted driving?

Texting and driving or using a cell phone are probably the first things that come to mind when you think of distracted driving. And as the nationwide study shows above, that’s certainly the case for two-thirds of drivers. However, texting is an even bigger problem among younger drivers in Ontario. According to the Center for Addiction and Mental Health in Ontario, more than one-third of all high school-aged drivers admitted to texting while driving, including 46 percent of all Grade 12 drivers.

But there are many other ways drivers lose focus on the road. According to the nationwide study, other common causes of distracted driving accidents include:

Talking to a passenger in a vehicle while driving is also a leading cause of distracted driving accidents, especially among younger drivers.

Having a lawyer on your side after a distracted driver hits you can make a dramatic difference in the outcome of your case. Even if your car accident is being investigated by a local police officer or trooper from the Ontario Provincial Police, it’s important to understand that their investigation will only focus on determining what happened. They are not concerned with making sure you receive the money you rightfully deserve for your injury-related expenses.

An experienced Toronto car accident lawyer at Smitiuch Injury Law can ensure your rights are respected. We know how to investigate crashes in the Greater Toronto Area and throughout Ontario. As a result, we’re known for building strong legal cases that have been proven to get real results.

Discover what our law firm can do for you. Contact us and schedule a free consultation with a Toronto car accident lawyer who puts your best interests first. Our law firm has offices in Toronto, Brantford, and Simcoe, Ontario.