Home > Blog > You could have delayed injury symptoms after a crash

You could have delayed injury symptoms after a crash 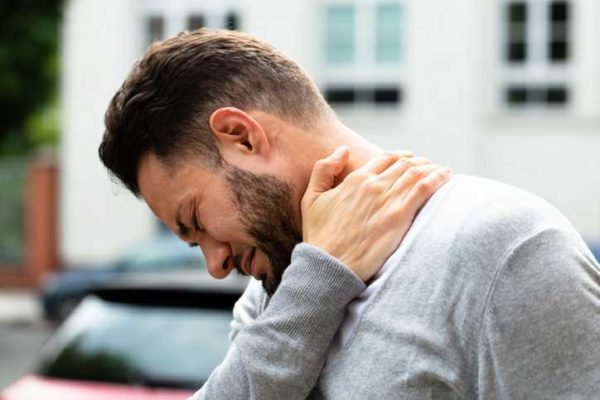 You were just in a car accident. You're able to get out of your car, walk around, take pictures of the crash scene and speak to the other driver. You don't feel injured at that moment or any pain or discomfort you do feel seems minor enough to simply "walk it off."

The body has a natural tendency to mask physical pain when we're startled or shocked after being involved in a crash. This is caused by the release of adrenaline. So, how do you know if you have sustained an injury after a crash? The best way to find out is by getting immediate medical attention so a doctor can identify your injury early on and begin treatment before it worsens. The worst thing to do is assume that you're OK, especially when the pain of an injury starts to set in days later.

We commonly see this happen in rear-end collisions. One driver is rear-ended and feels fine at the moment. Days later, the driver who was hit starts to feel pain and tension in the neck, tingling in the arms, dizziness, fatigue and loss of neck mobility. This is known as whiplash and is the most common injury sustained in rear-end collisions.

Whiplash occurs when the head and neck rapidly jerk backward and forward in a whip-like motion. This causes damage to the soft tissue of the neck and can result in symptoms that can last several weeks or months.

Mild traumatic brain injuries and concussions can show immediate symptoms after a crash, but that's not always the case. Sometimes, it can take several hours or a few days for symptoms to show up.

Concussion symptoms can last for an average of three months, but can persist much longer if not properly cared for. Since concussions are not life-threatening, you may only need to rest and avoid certain activities until you recover. Your doctor may also prescribe pain medication.

Soft tissue injuries occur when damage is caused to the muscles, tendons and ligaments. After sustaining a soft tissue injury, you may not notice any serious pain or symptoms immediately. Hours or days later, you may notice pain, discomfort, bruising, swelling and inflammation in the affected area.

Who will pay for my medical expenses after a crash?

The insurance company who represents the driver who hit you is responsible for paying all medical expenses, lost wages, and other damages accrued from your crash. The problem is, insurance companies have no interest in compensating you. They may argue that you were at fault or that your injuries were exaggerated. If they can't argue against your claim, they may offer you a one-time, lowball settlement that only covers a fraction of your losses. Be aware that once you accept a settlement from an insurance company, you won't be able to pursue additional compensation.

That's why you need an experienced Toronto car accident lawyer on your side who can tally up all medical bills, lost wages, property damage, and non-economic damages (pain and suffering), and can negotiate with insurance companies for a fair and complete financial settlement.

To get started, schedule your free consultation with Smitiuch Injury Law. Simply fill out our online contact form.