Home > Blog > How is fault determined in a car accident?

How is fault determined in a car accident? 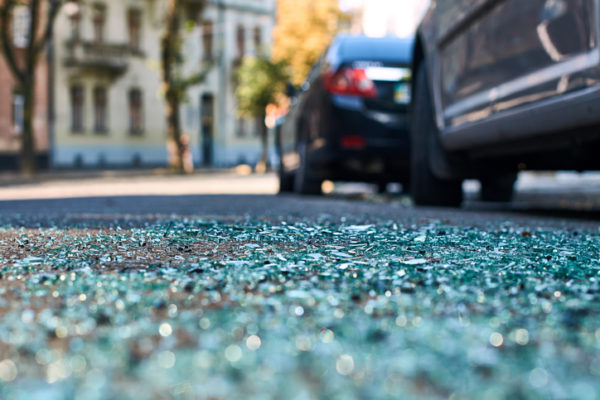 Experienced Toronto lawyers explain how the process works in Ontario

Determining who was at fault in a car accident might seem straightforward, especially if one driver clearly did something wrong to cause the crash. Collision investigations turn out to be much more complicated than many people expect, however, because determining fault in a crash often involves many people and numerous pieces of evidence.

So who decides who’s at fault? What evidence matters most? How does the legal system work in Ontario? If you are found to be at fault, can you challenge or appeal a decision? Below, you can find the answers to these questions and many more from experienced Toronto lawyers who have dealt with a wide range of car accidents in the Greater Toronto Area and throughout Ontario.

What is an at-fault accident?

When a car accident occurs involving two or more vehicles, investigators determine if one driver was more at fault than the other driver. This is important since the at-fault driver may be responsible for financially compensating anyone else injured in the accident in certain circumstances in Ontario.

A driver is considered to be at fault if they are at least 51% responsible for causing the crash, but that threshold is lower if there are more than two drivers involved in the collision. Common examples of at-fault accidents include:

These are just a few examples of common accidents where one driver is clearly at fault. There are many other types of crashes and each one requires its own independent investigation.

Does Ontario have an at-fault system?

Like several other provinces in Canada, Ontario has a so-called “no-fault” car insurance system. This simply means that drivers deal directly with their insurance company after a car accident, regardless of who was at fault.

Just because Ontario has a no-fault system does not mean that no one is at fault. Accident investigators still determine who was at fault in an accident. This is important because who is at fault – and what percentage they are at fault – can influence how much money accident victims receive or have to pay for an accident.

Who determines fault in an accident?

Many people often get involved with determining fault after an accident, including:

However, more than anyone else, insurance companies often have the most say when it comes to determining who was at fault in an accident. That’s because their findings often determine who is responsible for financially compensating injury victims for certain accident expenses or how much money someone can receive from their own insurance company.

What types of compensation are available to accident victims?

In Ontario, car accident victims can often obtain several different types of benefits for their accident expenses depending on the circumstances of their accident and what type of insurance coverage they have. Such benefits include:

What evidence is used to determine fault?

Insurance companies, lawyers, and other parties investigating an accident often look at a wide range of evidence when determining who was at fault in an accident. Such evidence often includes:

Every piece of evidence matters when determining fault in an accident. That’s why it’s critical that your insurance company, their lawyers, and your lawyer conduct a thorough investigation as soon as possible.

Can I challenge the finding if I disagree?

One option is to seek mediation from the Financial Services Commission of Ontario (FSCO). The commission can appoint a mediator who can attempt to resolve the dispute between you and your insurance company. However, it’s important to note that the mediator’s decision is non-binding.

Another alternative is to file a complaint with the Licence Appeal Tribunal. The tribunal handles complaints involving insurance companies and policyholders like yourself. If you disagree with the tribunal’s ruling, you have the right to file an appeal in court.

Can I sue if I am found to be at fault in an accident?

Yes, you can file a lawsuit after your car accident, especially if you believe you were not at fault. In such cases, you will likely file a lawsuit against the at-fault driver’s insurance company. Legal cases can often be very complicated. That’s why it’s important to consult with a lawyer as soon as possible after your accident.

The legal team at Smitiuch Injury Law in Toronto has years of experience handling complex car accident claims. Learn more about your legal options. Contact our firm and schedule a free consultation today. We have offices in Toronto, Brantford, and Simcoe.