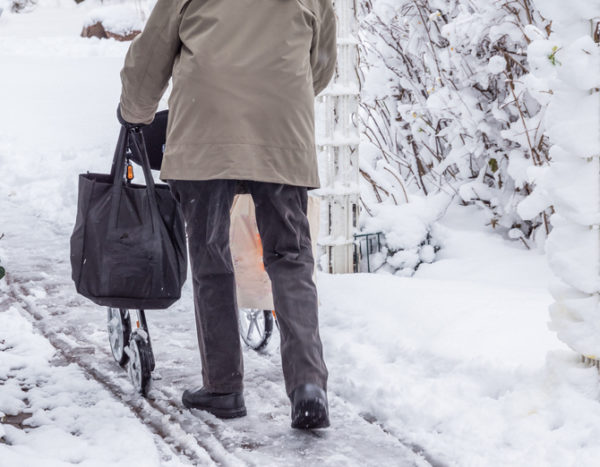 A Toronto slip and fall lawyer explains what to know

Successfully suing cities and municipalities for injuries from falls on icy sidewalks, streets, or other city ways has always been hard. You could always sue the municipality on the basis that they failed to follow their policy or had a deficient policy. But to be successful you had to prove gross negligence.

Now, a Supreme Court of Canada (SCC) decision says that it is possible for cities and towns to be negligent about snow and ice removal and, therefore, can be held liable for the injuries that result.

The SCC affirmed the basis on which you can establish liability against a municipality by proving that how they discharged their duties to comply with the policy. The SCC also stated that the policy itself must be examined in both its formal policy and unwritten practices together. Third, the SCC determined that snow removal is not a core policy on the basis that snow removal was done based on custom, and not based on debate in a public forum.

The SCC decision helps to remove a defence that snow removal procedures are a core policy decision and therefore the city is immune. However, plaintiffs could pursue actions against a municipality for slip and falls on sidewalks prior to this case, arguing that the city workers never complied with the procedure. It was never the case that just having a policy was enough, the municipalities would have to show it was complied with.

The ruling has received a lot of attention, especially from legal and municipal professionals. The big question is whether this decision will usher in a wave of slip and fall cases against Canadian cities.

First, we have to see how the SCC’s decision will play out in courts. The first test of the ruling will likely come from the woman whose request for damages ended up in front of the SCC. The SCC has cleared the way for the woman to file a negligence claim against the city of Nelson.

The woman’s saga with the SCC begins back in 2015 when she injured her leg climbing a Nelson, British Columbia snowbank. The city allegedly piled snow from several parking spots along the curb to the pavement without clearing a walking path. The woman says she was attempting to reach the pavement where she had parked her car when she was injured.

She says the city acted negligently and she is seeking $1 million in damages.

The first judge to hear the case sided with the city. The court said the woman assumed the risk of injury and was the “author of her own misfortune” when she attempted to scale the snowbank. She appealed that decision. The appeals judge agreed with the woman, and the City of Nelson appealed that ruling to the SCC.

The SCC’s decision largely comes down to defining whether snow and ice removal is a municipal “policy” or “operation.” As far as liability goes, the distinction is very important. A municipality can be liable for operational decisions, but not policy ones.

The SCC says that snow and ice removal is a city policy. However, deciding when, where, and which streets and sidewalks to plow is an operational decision.

The October 2021 ruling means that cities and towns that don’t properly remove snow and ice may run the risk of being sued for a slip and fall accident.

A duty of care is the requirement that a person or organization do or not do something that could likely cause someone harm.

Whether it’s a city or a person, in liability cases, injured accident victims have to prove four things:

Legal help is available for slip and fall victims

If you were injured in a slip and fall accident in the GTA, Smitiuch Injury Law can review the details of your case for free and give you a clear understanding of your legal rights and options. That way, you can make an informed decision on the best way to proceed with your potential legal case.

Our law firm takes pride in helping those who need it the most. Our lawyers know how to deal with insurance companies and fight for the best interests of our clients, whether that’s in settlement negotiations or in court in front of a judge and jury.

Discover what we can do for you. Contact us today for a free consultation with an experienced Toronto slip and fall lawyer.