Toronto has become an increasingly dangerous city for pedestrians. Far too often do we see inattentive drivers blowing through traffic signals, speeding drivers zipping down residential streets, and aggressive drivers racing to get ahead on our major roadways. 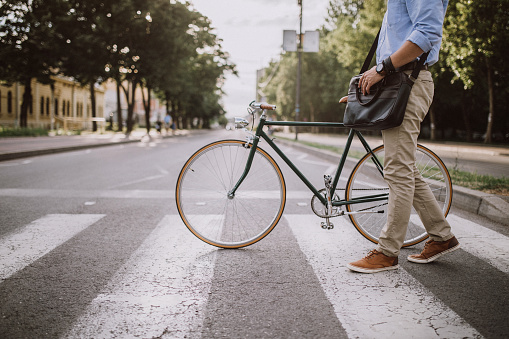 Toronto Life references a hit-and-run that killed a 54-year-old contractor in 2018. The man waited for the lights to change at the intersection of St. Clair and Jeanette.

He crossed the street once the light turned red for east and westbound traffic. He was then hit by a black Dodge Caravan because driver ran a red light. The man was flung into the air, sustained a broken neck, and died at the scene of the crash.

The driver of the Dodge Caravan took off but turned himself in two days later. He was charged with dangerous operation of a motor vehicle causing death, criminal negligence causing death, and leaving the scene of an accident causing death.

This incident marked the 28th pedestrian fatality for 2018.

The year ended with the deaths of two Centennial College students who were struck by an alleged drunk driver, according to The Toronto Star.

How often are pedestrians killed in Toronto?

Who is the most at risk?

According to The Star data, more than half of all pedestrians killed in 2019 were over the age of 60. Experts believe that older pedestrians are fatally struck more often due to poor vision, physical limitations, and overall fragility.

The inner suburbs of Toronto – Scarborough, Etobicoke, and North York – are the deadliest areas for pedestrians, according to Toronto Life. Roadway infrastructure that favours cars over pedestrians is a contributing factor. This includes:

In Scarborough alone, three elderly pedestrians were killed during the month of January 2018. Each of them was hit by a car while crossing the street.

What is causing Toronto’s high rate of pedestrian collisions?

Safety advocates believe that the high rate of Toronto pedestrian collisions is linked to:

Speed is often a leading cause of pedestrian collisions throughout the city. Many drivers fail to pay attention to how fast they are traveling and are unable to stop to avoid a collision.

Reckless and negligent actions of drivers

Pedestrians who do the right thing – wait until they receive a signal to cross and look both ways – are often blindsided by speeding drivers. Just when they think the coast is clear, a driver speeds around a corner or barrels down a major roadway – leaving pedestrians no time to get out of the way.

Distracted driving is a leading cause of pedestrian collisions, as well. Toronto Life referenced an incident where a texting driver nearly struck a three-year old child. The parent of the child slapped the door of the car, startling the driver who was fixated with a cellphone.

If you were hit by a car while walking, it’s critical that you seek legal help as soon as possible.

You may be eligible to receive compensation for your damages, as well as other benefits. Contact Smitiuch Injury Law to find out what your legal options are. Our law offices are located in Toronto, Brantford and Simcoe.